Learning in Interactive Games with Humans and Text

The LIGHT project is a large-scale fantasy text adventure game research platform for training agents that can both talk and act, interacting either with other models or with humans.

We introduce a large-scale crowdsourced text adventure game as a research platform for studying grounded dialogue. In it, agents can both perceive, emote and act whilst conducting dialogue with other agents; models and humans can both act as characters within the game. We describe the results of training state-of-the-art generative and retrieval models in this setting. We show that in addition to using past dialogue, these models are able to effectively use the state given by the underlying world. In particular, we show that ground-ing on the details of the local environment, including location descriptions and the objects (and affordances of those objects) and characters (and their previous actions) present within it allows better predictions of agent behavior and dialogue. We analyze the ingredients necessary for successful grounding in this setting, and how each of these factors relate to agents that can talk and act successfully. 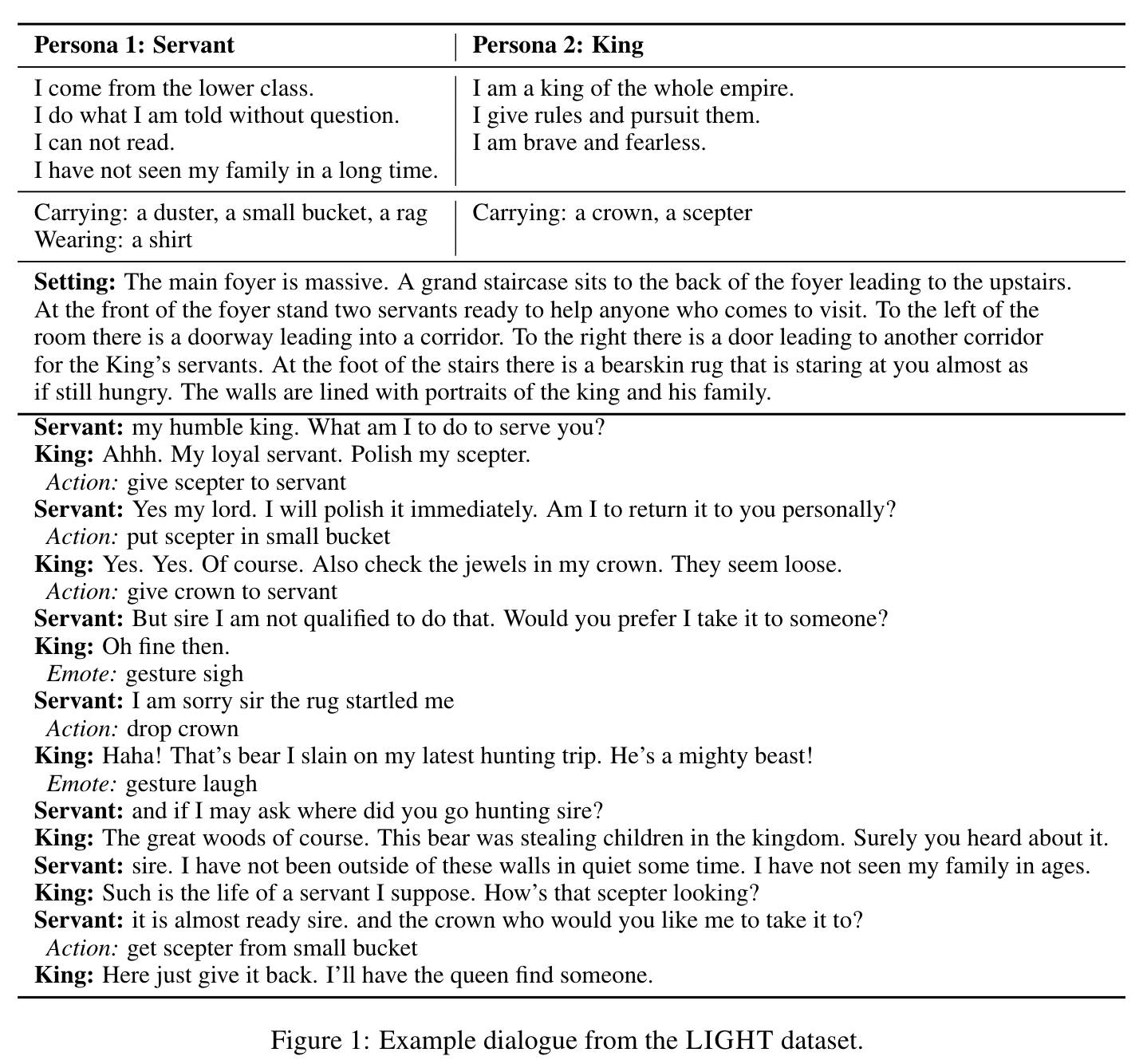 ML to build the interactive world in LIGHT:

RL agents in the LIGHT world to achieve open-domain goals:

Deploying the LIGHT game for lifelong learning of models:

You can view the data or train your own ParlAI agent on the LIGHT tasks with -t light_dialog. See the ParlAI quickstart for help.

An additional WILD dataset featuring 41,131 training episodes of dialogue from deploying as a game is available, using: -t light_dialog_wild.

Data containing annotated quests used in How to Motivate Your Dragon can be found here, their completions are available as part of the WILD dataset above, and the ATOMIC-LIGHT dataset can be found here.

The BERT Bi-Ranker dialogue model is available e.g. via this command (which automatically downloads it):

If you use the dataset or models in your own work, please cite with the following BibTex entry: